Get the Best Holiday Planned by Experts! 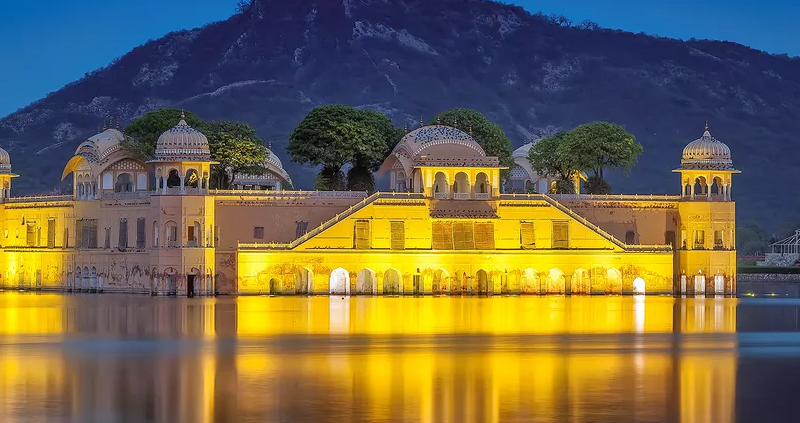 The capital of Rajasthan is the “Pink City” Jaipur. The city has a charm of its own. The rich history of the forts and palaces and the peaceful temples and lakes will enhance your visit to this city. It is one of the most popular and highly visited tourist destinations, not only domestically but also internationally.

Udaipur takes pride in its azure water lakes. It is also known as the “City of Lakes” and this nickname is highly suitable. The lakes are the most important part of this city and their beauty is something even a camera cannot capture. Go to this city of the lakes but do visit the amazing palaces and forts it houses.

On the other hand, Mount Abu is a little spiritually inclined. The temples in this city are not only known for the religious aspect but also spoken of because of the architectural styles they are built in. Tourists from all over the world come to this hill station to attain nirvana.

Talking of Jodhpur, they call it the “Blue City” and this is because most houses of this city are painted in shades of blue. Apart from that, the city is the second largest city in the state and its vibe will make you feel welcomed. The city although is quite fast-paced but the old city of Jodhpur, still stands culturally strong.

With this amazing line-up of cities to visit in Rajasthan, we are sure you are tempted to kick-start your Jaipur Udaipur Mount Abu Jodhpur holiday package.

Day 1Arrival at the Jaipur Airport

Upon your arrival at Jaipur airport, you will be greeted by our representative and be escorted to your hotel. You can then complete your check-in process and later begin with the city tour.

Your first destination in the city will be the City Palace. The palace is a large property located right in the middle of the city of Jaipur. The palace was the place from where the king ruled over the city in that era. Now, a part of the palace is home to the royal family and the leftover is converted into a museum for outsiders, to raise revenue. The palace is an architectural marvel you must-visit when in Jaipur.

Right outside the palace is a plethora of local retail shops that sell traditional Jaipuri products; you can spend some time in the bazaar and see if anything interests you.

Later on, you can head back to the hotel for dinner and night stay.

Begin day 2 with a healthy breakfast and then re-start your city tour. Today you will be visiting the Amber Fort.

Located amidst the picturesque and rocky Aravalli Hills, the fort is a not-to-be-missed place. The beguiling beauty of the red sandstone and white marble adds to the magnificence of the fort. Its intricate wall paintings and frescos in the interiors of the fort add to its timeless beauty.

Your next destination is the very famous Hawa Mahal. This palace of breeze and we say that, because of the 953 small windows that the complex consists of, is a masterpiece in itself. The architecture is so unique that the entire palace represents the crown of the Hindu God, Lord Krishna. You must visit this place and explore its interiors.

The last destination on your list is the Jal Mahal. The palace is located right in the middle of Man Sagar Lake and a boat ride will assist you to reach the entrance. In fact, out of the five-storeys of this building, 4 remain under the water.

Later, you can head back to your hotel for the overnight stay.

Today you will be travelling to Udaipur. The distance you need to cover is 394.9 kms and it will take you roughly 6 hours 36 minutes to reach your destination. So make sure, you hit the road after your breakfast routine at the hotel.

Once you have reached your hotel and are well rested, you can visit the first attraction in the city. Today you will be visiting the Kumbhalgarh Fort.

Built over a period of 15 years Kumbhalgarh fort is perfectly perched between eleven peaks of the Aravalli ranges. The fort is the birthplace of the legendary Maharana Pratap and hence it holds a very special place in history.

After the tour of the fort, you can visit the bazaar of Udaipur and shop for some souvenirs to take back home.

Later on, return to your hotel and catch up on some rest.

Follow your breakfast routine at the hotel and be ready to continue with the sightseeing tour.

Your first destination for the day is Sahelion Ki Bari. This garden holds a unique place in the history of Udaipur. It was built for the kings to spend leisure time with the queens and to beautify the garden the kings imported the fountains and pools of the garden all the way from England. The garden also houses a museum, which will interest your further.

After spending some time around the lush green trees of the garden, you can visit the Fateh Sagar Lake. This enormous manmade lake is a sight to the naked eye. The lake is so huge that it comprises three small islands. The highlight of the lake is that it is surrounded by scenic views of the mighty Aravalli Mountains.

Once you are done relaxing at the lake you can make your way to the Ambrai Ghats. The Ghats offer you the lakeside view of the Jag Mandir and at night when the Jag Mandir is lit up the view is nothing but astonishing. You can sit on the marble benches constructed at the Ghats and enjoy the cool breeze of the Lake Pichola.

Post this relaxing and entertaining day, you must head back to your hotel for the night.

Today you will hit the road to visit Mount Abu. The hill station is 164.1 kms away and the estimated travel time is 3 hours.

Upon your arrival, complete your check-in process and then set out to explore the city.

Your first destination is the Guru Shikhar View Point. Keep your cameras handy because you are going there for the view. The viewpoint looks over the entire city of Mount Abu and also gives you the magnificent view of the Aravalli Mountains.

Next up, is the Nakki Lake. You can enjoy a boating experience at this huge lake. The boat ride will give you a closer look at the mountains surrounding the lake. But the most amazing part of being at the lake is the sunset. The view is like a beautiful painting you cannot miss looking at.

After this tiring yet fun day, you can return to your hotel for the rest of the night.

Make sure you have an early breakfast because today you will be going on a road trip to Jodhpur. The distance you need to cover is 262.2 kms and it should take you around 4 hours.

Once you have completed your check-in process, you can take a power nap and then head out for your city tour.

The first destination on your list is the Mehrangarh Fort. The fort derives its name from “Mehr-Garh”, where “Mehr” means sun and “Garh” is the fort. The walls and doors of the fort, still speak to you of the struggles that the fort withstood during the war. The cannon marks are living proof of that.

Post this tiring day you can return to your hotel for the overnight stay.

On your last day in Jodhpur, you will begin your city tour with the Umaid Bhavan Palace.

The palace is one of the most beautiful palaces in India. We urge you to take your cameras along because you can click pictures inside. In fact, it houses an entire vintage car museum in its complex. The highlight of the palace is the collection of vintage antique clocks and the art décor in the interiors.

Post this beautiful visit; make your way to the Mandore Gardens. The structure of the garden houses rock terraces and is home to playful grey langurs. It also contains a variety of dark-red cenotaphs of Jodhpur’s rulers. In fact, there is also a temple within the complex of the garden. It is beautiful and is a must-visit place of Jodhpur.

Your last destination will be Kaylana Lake. If you are a bird lover then this lake is the perfect place for you to sit beside the shore and enjoy some of the best migratory birds flying over the skyline. The lake is so vast and deep that swimming is prohibited, but well, you just have to visit the lake for the lovely backdrop of the mountains and its scenic beauty during sunset.

After this, you can return to your hotel to start packing for your departure the next day.

It is always sad when a holiday comes to an end. But the memories of your Jaipur Udaipur Mount Abu Jodhpur holiday package will always be with you. We hope you had a great time and that we see you soon on another getaway in another amazing line-up of cities.