Atop the languid blue waters of Lake Pichola sits the grandiose Lake Palace. One of the main historical sights of Udaipur, this palace has entertained the likes of Queen Elizabeth, First lady Jacqueline Kennedy, and was even the setting for Octopussy, a James Bond movie. That is just the tip of what you can explore in the magical city of Udaipur.

The multi-hued street bazaars line the ancient streets of the Old Quarter. It is an experience in itself to simply immerse yourself in the colourful miniature paintings, textiles, jewellery, and woodcarvings on display. From a distance, Sajjan Garh (Monsoon Palace) shimmers like a magical painting existing in the ether on a rocky ledge. It’s no wonder travellers have nicknamed Udaipur ‘the most romantic of all Indian cities.’

Back in the day, the land that is Udaipur was all woodlands until the mid-1500s. legend has it that Maharaja Udai Singh II heeded the advice of a holy man at Lake Pichola who told him this was the ideal spot for a capital city. Thus, Udaipur was born in 1868, the glorious Mewar capital that was not as vulnerable as Chittorgarh. Udaipur protected her sovereignty for years until a treaty was signed with the British.

Dubbed the City of Lakes and Palaces, Udaipur is in a valley surrounded by the Aravalli Hills. These wooded hills only add to the natural aesthetic of Udaipur. If you’re in Udaipur anywhere between February and March, you will witness the kaleidoscopic Holi Festival. if you’d like a glimpse into Udaipur culture, land up in April for the exuberant Mewar Festival.

The best time to visit Udaipur is during the winter months, though the monsoon is also ideal for the daring traveller.

1Winter in Udaipur (October to March) 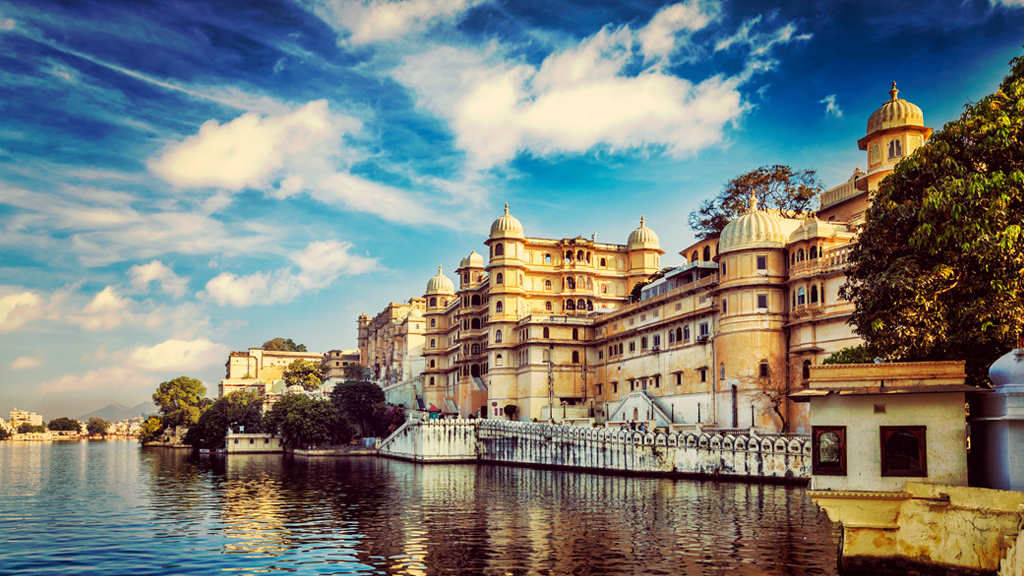 October sees an influx of the first wave of tourists wanting to witness Udaipur in all its post-monsoon splendour. The average temperature is a manageable 27-28°C, and the Lake Palace and Sajaan Garh look extremely beautiful all through the day and evening. The days are quite sunny and you can explore Udaipur to your heart’s content in this month.

The number of travellers swells in November, though it isn’t peak season yet. The festival of Diwali in Udaipur is a joy to behold and you can witness Rajasthani culture in close quarters. Since Diwali is a major festival in Rajasthan, make sure you book your tickets and accommodation well in advance.

According to us, the best time to visit Udaipur is in December. This is when the average temperature is just below 20°C, making for picturesque outdoor excursions of the many lakes and palaces that dot this city. The Shilpgram Festival that takes place in November/December is a coming together of handicraft artists from all over Rajasthan displaying their handmade wares. This is a great fair for those interested in the region’s local arts and crafts.

Dussehra and Diwali are two festivals celebrated with a lot of fanfare in Udaipur. These festivals usually take place either in October/November and give travellers a glimpse into the rich culture of Rajasthan.

January is still tourist season and Udaipur attracts a number of them in the first month of the year. Make sure you carry a light jacket in December or January because the lower temperature is a chilly 11°C at night.

Tourists are still trickling in during the shortest month of the year because of the clement weather and bearable sunshine. The average temperature is around 21°C and you can plan your excursions early in the morning or during the evenings.

March marks the end of the tourist season. Planning a trip around March makes sense because it is right before the summer kicks in. The Mewar Festival that takes place in March is a must-visit for those looking to get a glimpse of Rajasthani culture. It is a festival celebrating the onset of a short-lived spring season. The average temperature in March is around 26°C.

The winter months are a great time to plan a trip with that special someone to Udaipur. It is not without reason that Udaipur is one of the most romantic cities in Rajasthan.

2Monsoon in Udaipur (July to September)

Since Udaipur has a number of lakes and water-bodies, the rainy season lends a special charm to this city. The scanty rainfall does add life to the parched lakes and a good time to visit Udaipur is right before the monsoon ends and winter kicks in. This way you will get to witness the lush vegetation springing to life in this southern Rajasthan city.

If you’re planning a romantic getaway, you can avail off-season discounted rates at many hotels. However, prepare yourself for higher than usual humidity because of the monsoon moisture.

3Summer in Udaipur (April to June) 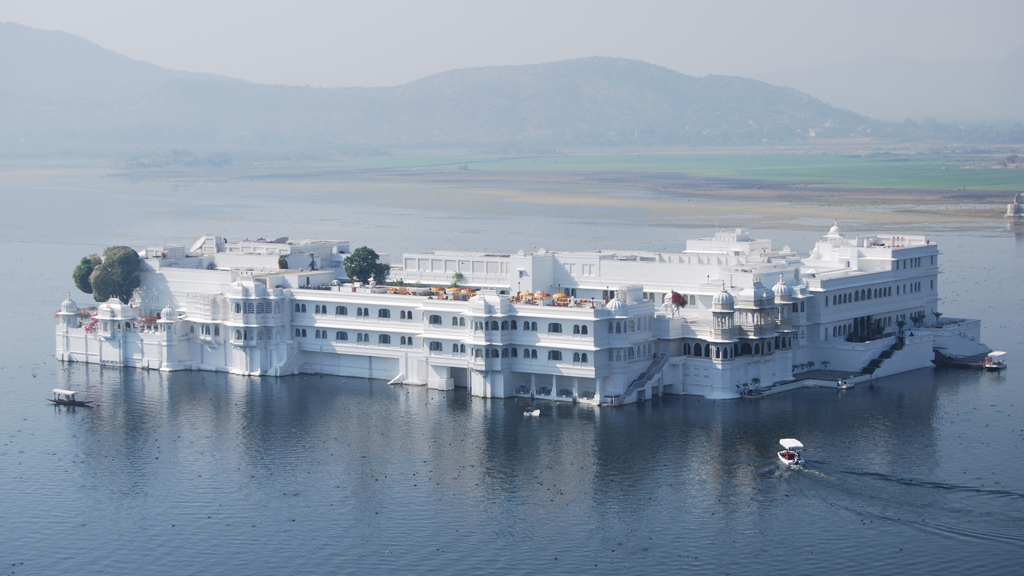 A number of tourists brave the heat and land up during the summer months in Udaipur. The April temperature hovers around 30°C, and the days are extremely dry. The evenings are slightly more bearable but the heat is always just a breath away once you step out.

May and June are extremely hot and day temperatures average out at around 35°C. A summer trip to Udaipur is not conducive to tourist activities because the scorching heat sees everyone remain indoors.

The best time to visit Udaipur is the winter months from October to March. The pleasant weather coupled with breath-taking panoramas make for the perfect holiday. For the adventurous traveller, a monsoon trip to Udaipur should be on the cards. Just make sure you carry appropriate footwear to beat the slush!